After Jaén, many loyal Tomasistas threatened to renounce their faith after the draw in the La Alameda bullring. What if the bulls, what if the format, what if the bad image of the secular God of… Two months later, Alicante was a new meeting point for fans around the world clamoring for another performance from Jose Tomás. A new full and a city full of people who attend the call of bullfighting. No one remembered Jaén anymore and it was all illusion and passion to see JT again.

A roar came from the stands as bugles and timpani sounded after 7:35 p.m. And there was the beautiful figure of the bullfighter dressed in a scarlet and gold costume.

The first took the iron from Juan Pedro Domecq. Without tests or subordinates to test the bull. Speedwell opening the compass, but reconstituting animal. The bullfighter solved it with a superb bullfight by Chicuelo. Hook the load forward, break at the exact moment and adjust to the maximum with the bull. Summit the third of them. The third yards was just a formality. The ducal iron, very much in tune with the products he is dealing with this year, moved classless and turned violent when Tomás forced him from below in the round bullfight. But he did not move his shoes to chain a run of absolute precision by this python. Naturally, the blandness and lack of delivery became more apparent from the bull. The Madrilenian tried, who returned to the right to leave a frozen and suffocating site. But that was the end of the bull and the task. The cleft traveled far back, though it was deadly. The ears of the faithful did not gain enough strength and the request did not become the majority. A standing ovation rewarded what had been done.

De Garcigrande was the second, a bull with light rags and little meat that lost his hands at the start. The protests intensified despite the good blow received by Pedro Irurralde. In the withdrawal by gaoneras, the arms moved with temperance and length. The pupil of Justo Hernández, despite the protests, was seen in good condition during the charge. And it was the natural where the Tomasista concept and the good bottom of the “garcigrande” came together. Two sets from JT’s best left foot. Immobility, softness, length, depth, tightness. The second of them added more than ten linked muletazos. The addition was requested to the delirium of the staff. Alicante really exploded. Good bullfighting, after all, is what she has. It excites and moves. And an end with incredible aids for composition and ordering. The sword fell back and broke free. Despite everything, the public’s desire brought out the double nose of the box.

This second’s post-fight timeout seemed necessary. So much bullfighting intensity and emotion took a few minutes to savor and comment with the laying mates.

After the hydration break, Victoriano del Río jumped. More rennet than the first two and which José Tomás removed for the chicuelinas. The bull was sticky on Sergio Aguilar’s cape in those first thirds, in which a committed third pair of Rafael Viotti stood out. Madrid’s iron man came out of the genius in a first lap on the right. The more the bullfighter was submissive, the more the animal protested. He changed the python and the natural there was the same delivery. He came back with his right hand and while he was really leaning on him, the bull stopped halfway and threw a terrible blow at him with an ax in the lower abdomen from which he miraculously emerged unscathed. A resounding finale with tight ballerina shoes and a counter-long makes him add a new appendage to the cry of “torero, torero!”.

The afternoon, after so many emotions, deflated in the sixth of Domingo Hernández, a discreet and very dilapidated specimen since the beginning of the works. He exhibited the Galapagar one and bullfighted very gently for the two pythons. But it lacked an opponent to bring more emotion and consistency to the team. He caught it on the third try.

When the clock struck 9:15 p.m. and the bullfighter headed for the Puerta Grande, the eternal question about the future of the myth of Galapagar flew over the lines of the Plaza de… Could this be José Tomás’ last bullfight? ? Only he can solve it. 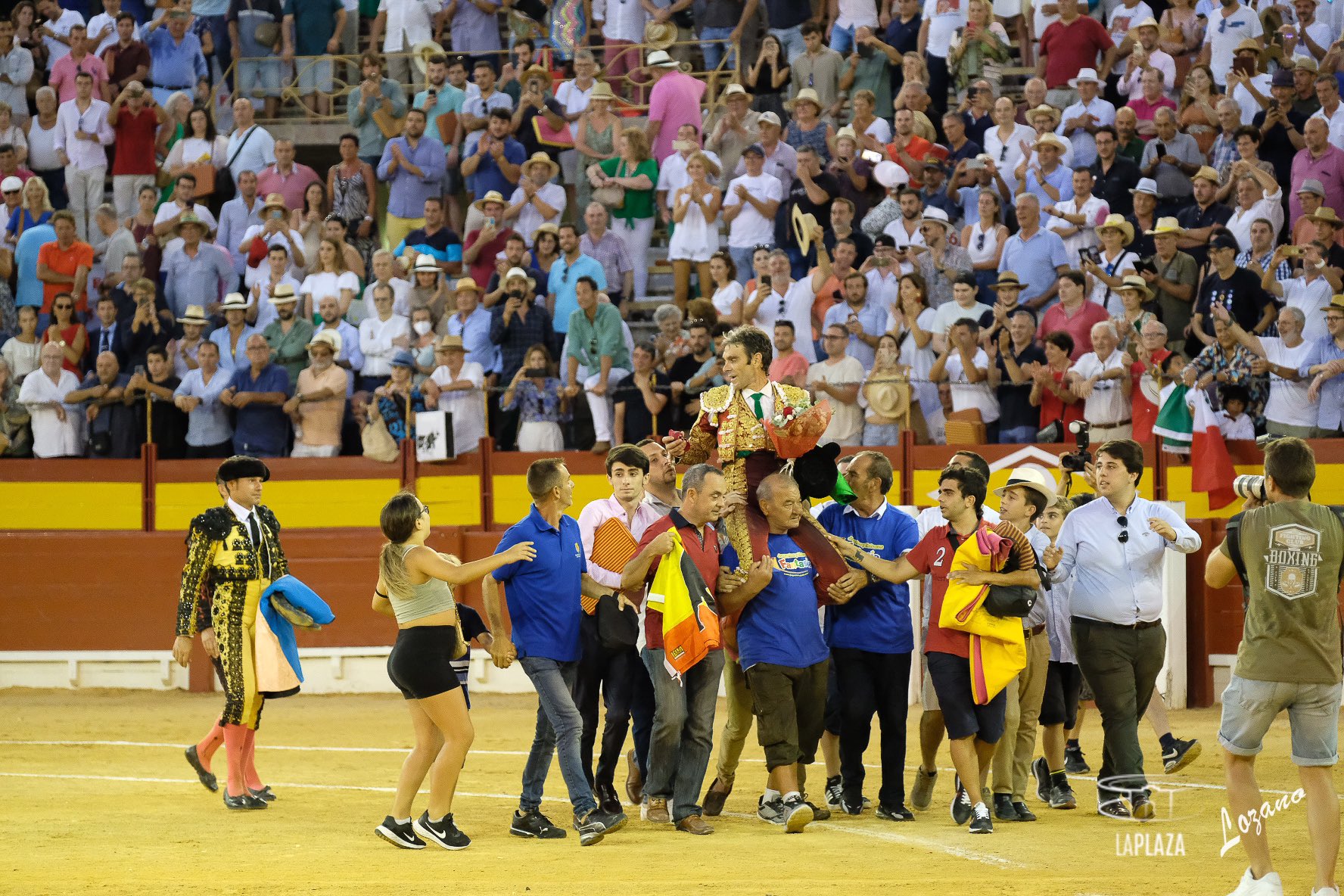 Bulls, in that order, from Juan-Pedro Domecqof correct presence and manageable game but without caste or drive; Garcigrandeplywood but deep, with a good left python; victorian riverwell presented, demanding. Sunday Hernandezstepped in and came to less for his lack of caste.

Manage Cookie Consent
To provide the best experiences, we use technologies like cookies to store and/or access device information. Consenting to these technologies will allow us to process data such as browsing behavior or unique IDs on this site. Not consenting or withdrawing consent, may adversely affect certain features and functions.
Manage options Manage services Manage vendors Read more about these purposes
View preferences
{title} {title} {title}